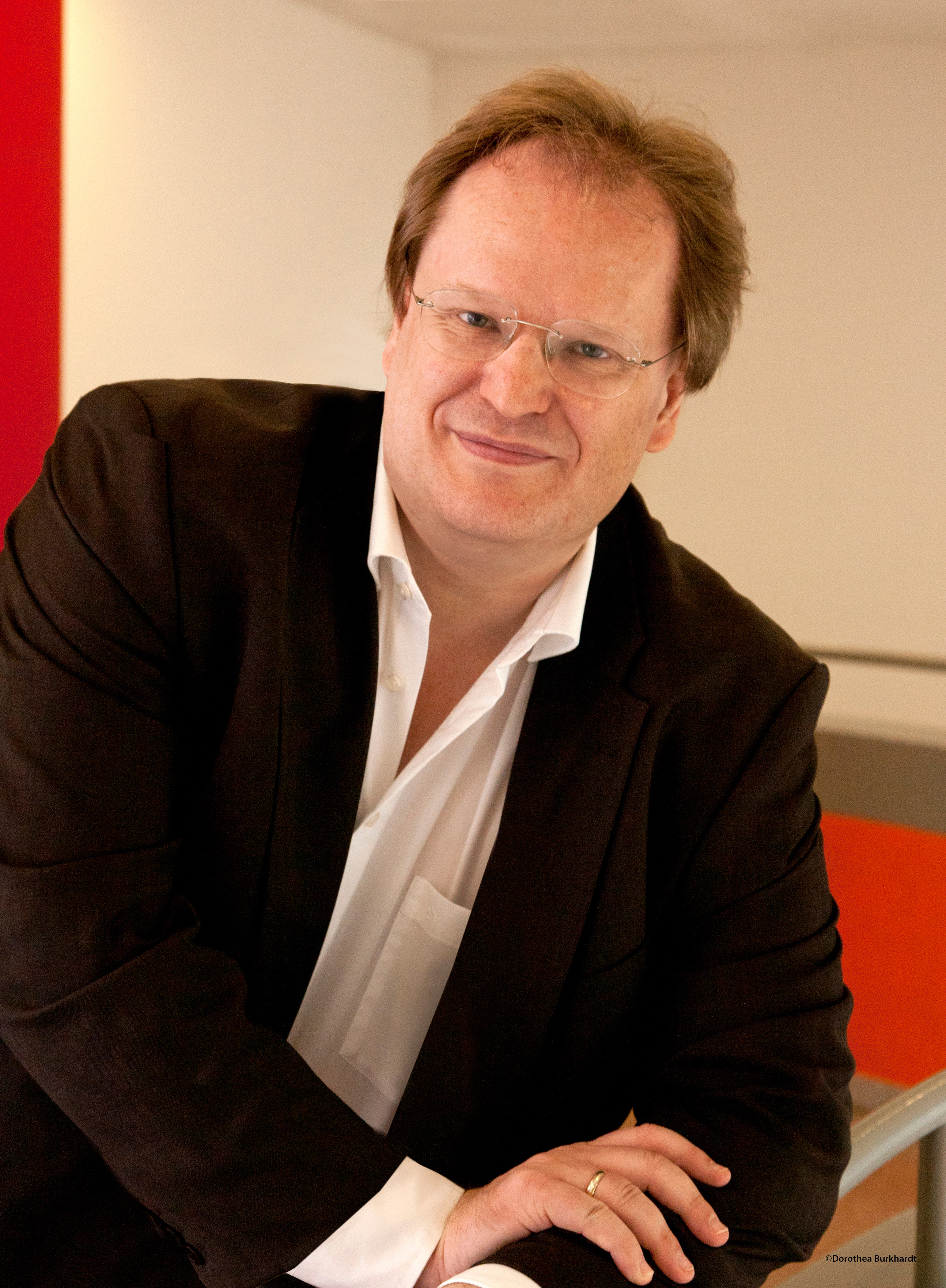 Rudolf Meister has been called „one of the leading pianists of his generation” (Paul Badura-Skoda), and the “Tagesspiegel” in Berlin wrote “…sometimes it turns out to be true: nomen est omen”.

The Heidelberg-born artist (1963) graduated from the Musikhochschule in Hannover in the class of Professor Konrad Meister. Awarded a series of scholarships by the Austrian Minister for Science and Research, Rudolf Meister continued his studies in Vienna under Prof. Paul Badura-Skoda. Already at that time he received public acclaim after winning prizes in international competitions. Subsequently he worked with Prof. Jacob Lateiner at the Juilliard School New York as a Scholar of the “Educational Foundation of the German People”. The German Music Council placed Rudolf Meister on its Artists` List.

Rudolf Meister has made appearances with more than 40 orchestras world-wide and plays with famous chamber music partners such as Ulf Hoelscher, Viviane Hagner, Marco Rizzi and István Várdai. On tour he has played at Lincoln Center (New York), Tokyo Bunka Kaikan and Tokyo Metropolitan Theatre, Seoul Arts Center, ABC-Hall (Sydney), Salle Gaveau (Paris), the Musikverein and Konzerthaus in Vienna, Berlin Philharmonic Hall and Festival Hall in Baden-Baden as well as at the "Rheingau" Music Festival and the "Schleswig Holstein" Music Festival. He also recorded extensively for TV and radio networks. His CD recordings were published in collaboration with "Toshiba EMI" and "Deutsche Grammophon Gesellschaft" among others. They were nominated for the BBC Music Magazine Awards, selected as "Editor's Choice" in both Gramophone and BBC Music Magazine and received best reviews in the German Music Magazine "Fono Forum" (5 stars).

At age 26 Rudolf Meister was named Professor at Mannheim University of Music and Performing Arts, subsequent to having taught as Paul Badura-Skoda`s assistant at the University of Music and Performing Arts in Vienna (Austria). As the youngest rector in Germany he stands at the helm of the Mannheim Hochschule since 1997. His students won many prizes in important national and international competitions including the ARD Competition in Munich.

He has given master classes and lecture recitals in Austria, Bulgaria, China, Great Britain, Germany, Greece, Ireland, Italy, Japan, South-Korea (Seoul National University), Poland, Spain, and in the U.S. (Yale University and Juilliard School / New York). Rudolf Meister regularly serves as juror at prestigeous international competitions. He is vice president of the German Rectors’ Conference (Universities of Music), chairman of the International Max Reger Society, and chairman of the advisory board of the University of Popular Music and Music Business Baden-Württemberg. For his artistic work he received the George Enescu medal of the Romanian Cultural Institute.

Are you looking for the best website template for your web project? Look no further as you are already in the right place! In our website templates section you will find tons of beautiful designs - for any kind of business and of any style. You are in a unique place - join us today BIGtheme NET

We use cookies on our website. Some of them are essential for the operation of the site, while others help us to improve this site and the user experience (tracking cookies). You can decide for yourself whether you want to allow cookies or not. Please note that if you reject them, you may not be able to use all the functionalities of the site.